Adaptability in the COVID-19 Era 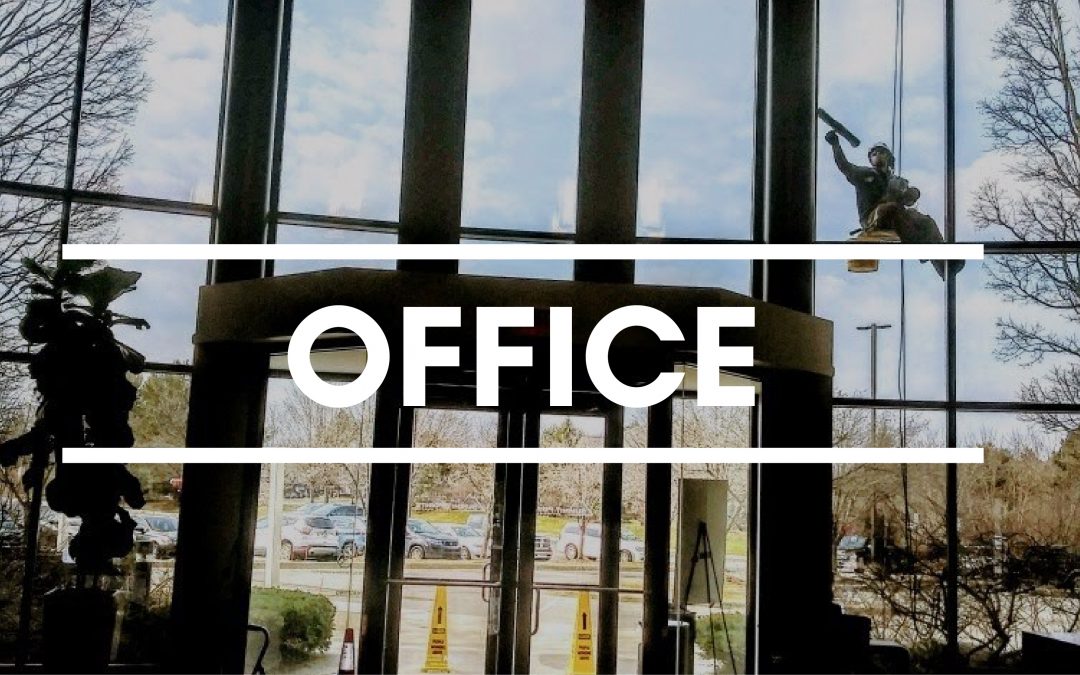 It’s likely that we all remember our Scary COVID Moment when it hit us that COVID-19 was real, and it was going to be a big deal, for a long time. Then came the even scarier thought of what it could potentially do to our work.

Maybe you even remember the moment when this uncomfortable fact settled into your brain: “I am not essential. Unlike the work of grocery store workers, sanitation workers, medical professionals and postal workers, people can survive without clean glass. I am no longer important in this new economy.” What an ego blow. As someone who takes a lot of pride in her professional skills, that was hard. 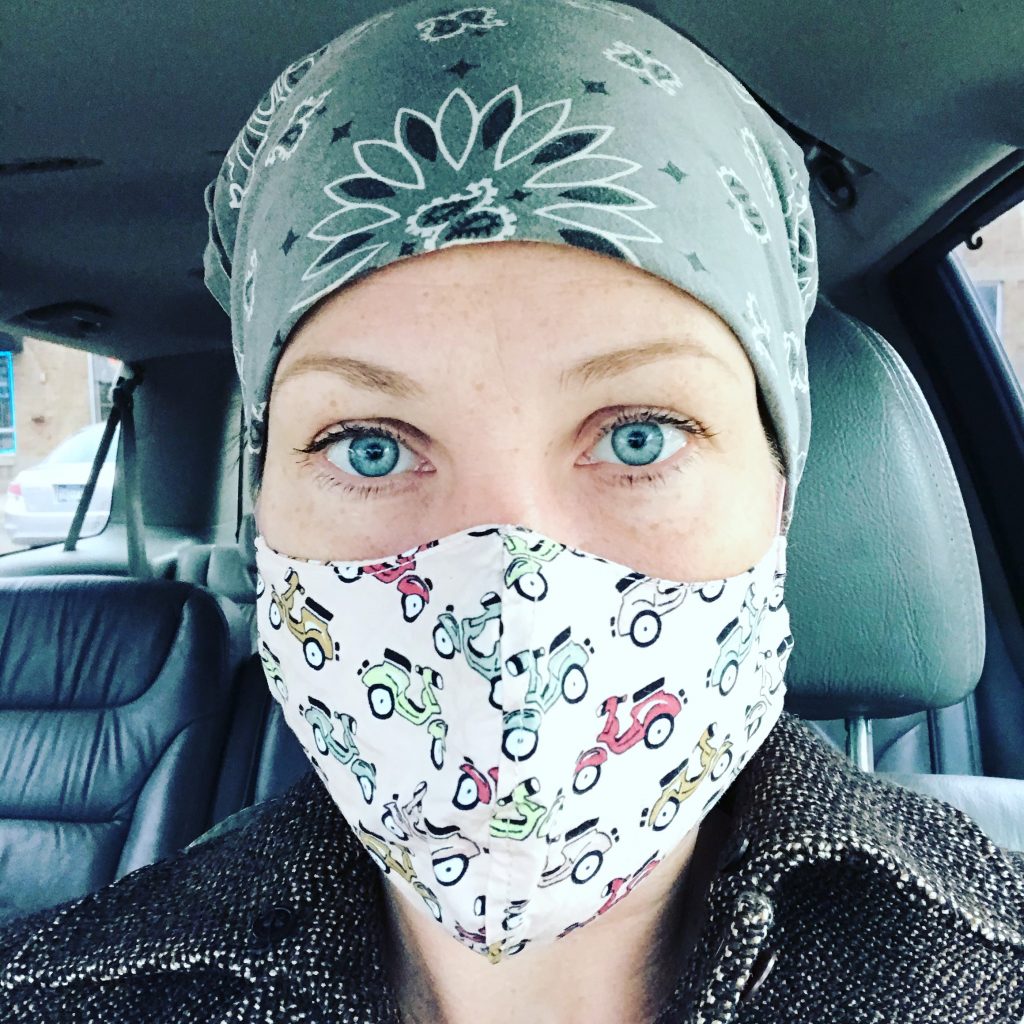 Once that all hit me, in Thailand, around the third week in February, it took a good two weeks before it occurred to me that if I went home, there may not be much window cleaning work. People would be suffering, scared and broke, and I know from experience that whenever there is a downturn in the economy, it’s us, the luxury-item in our clients’ budgets, the cleaning professionals, that would be the first expenditures to be cut. This happened to me in 2007-08 when the economy tanked and I owned a house cleaning business. I had to find other work, and I slowly watched my cleaning business die. It was a sad time. I don’t wish to go through that again.

This time, my business is bigger, and I had more at stake. Many of my clients are over 65, and in the high-risk category. I would never put them at risk to earn a buck. But if I went home and my business died, what would I do for cash? If I stayed in Thailand to ride out the storm, my living expenses would be about one-tenth of what they were back home. My Thai family would be happy to have me stay longer. I help out on the farm and around the house. So I considered braving the hottest part of the year in a very cheap, developing country. Farming, processing fruit, finally learning to write in Thai, sweating, laying in a hammock and posting creative things on Facebook.

The thing that changed my mind was one single text.

It popped up on the screen of my iPhone during the first week of March. It was sent from my biggest client, someone I think of as The Russian Gangster. In reality, I don’t think he is really a gangster, but he is Russian, smokes cigars, has an intimidating, bulldoggish face and demeanor, and has about four or five thriving businesses including real estate, a limousine and transport service, and an adult daycare for Russian elders. I’m pretty sure at one time, he partially owned a hockey team. I clean his family’s sprawling home in a beautiful suburb, as well as his office building. I respect him because he respects me: The first year I took over this business from its previous owners, he trusted my skills enough to let me haul a 24 foot ladder around inside the parking garage where he parks his Hummer stretch limos and Mercedes conversion vans. No one even moved the vehicles. Anyway, we scheduled an appointment for all of his windows for the first week in April.

And just like that, it appeared that I would be heading homeward after all.

When I landed in Atlanta on March 27th, by way of South Korea, I learned two things: One, Thailand closed its borders to tourists – arriving or leaving – the day after we flew out. And two, no one in Atlanta was wearing a mask, or social distancing. I felt like I had landed on a different planet.

For me, The Scary COVID Moment probably happened earlier than it did for y’all back home. Chinese tourists had brought the virus into the kingdom, but ALL tourists were being blamed for not being careful, and for refusing to wear masks; an obnoxious, arrogant stubbornness, from a Thai point of view. Suddenly I became very self-conscious in public for simply being white. I noticed unfriendly stares, which I am not used to, in that “Land of Smiles”.

There is a very simple reason behind the contrast of how Americans act, and how Asians act: Asians are taught to value community needs before individual needs, and we are taught to value the opposite. The concept of caring about strangers makes me have faith in the world, while the other way of thinking and acting just makes me feel depressed. Also, when medical professionals tell you there is an emergency and tell you to do something that will keep you safer, in Asia, you do it. If you didn’t follow the advice, you would have your whole community to answer to. So you just do it, period. This is absolutely common sense and common courtesy. 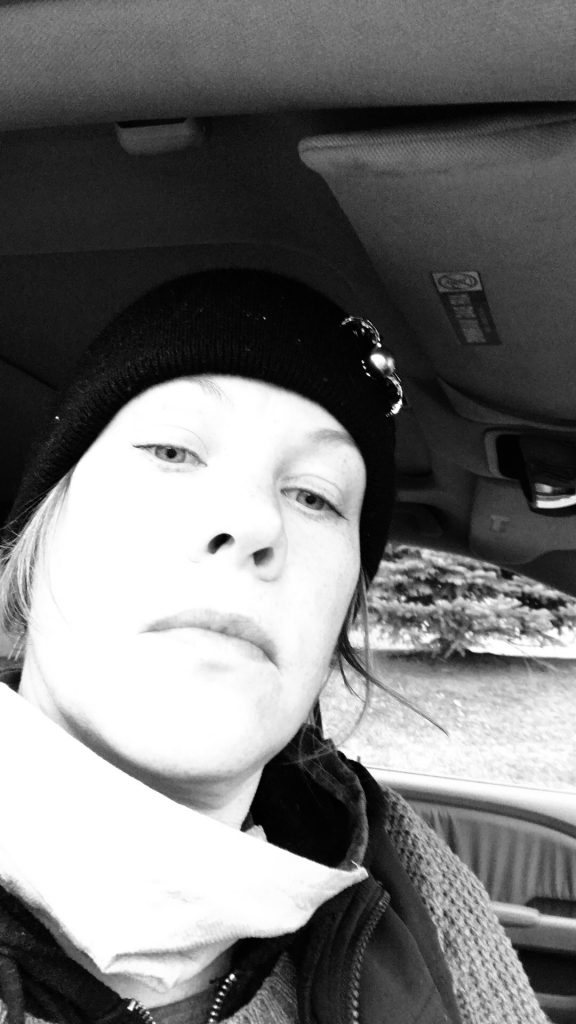 I remember where I went that day, and what freaked me out. I don’t know if there was a nation-wide announcement that I’d missed, but suddenly I realized everyone had a mask on. No exceptions. Wherever you went in town, no matter how big or how small the shop or store or restaurant, there was an employee standing at the doorway with hand sanitizer. As customers approached the door, they all held out their hands to be squirted or sprayed. No exceptions, no fuss.

Thai facial expressions are hard for me to read in the best of circumstances, but not being able to see peoples’ mouths when they spoke made it extra hard to understand their language. Also, I couldn’t find rubbing alcohol anywhere. Everyone was out of it. That day I started scouring every tiny mom-and-pop corner-store for rubbing alcohol, even way out in the rice paddies, because I planned to fill about five 3-oz spray bottles with it, so I could sterilize the f*ck out of every surface I would touch during my 24 hour journey home to the states.

By the time I was heading back home to Minnesota from Thailand at the end of March, it hadn’t even crossed my mind that I may not be allowed to come back next winter. My right elbow was still bothering me, due to my ladder fall during the previous month, aggravated by the fact that I had spent three days digging out a trench where I hope to build my own Thai house some day. Three days after shoveling and hauling wheelbarrows full of soil, I was hauling my luggage over Bangkok’s stairs and walkways that let pedestrians traverse their gridlocked roadways, getting ready to fly out and head homeward.

Back home, aside from The Russian Gangster’s properties, business was non-existent, then it was slow, but it lasted longer into the midsummer months than it normally does. I showed up with water in hand, and had zero contact, sticking to exteriors. I just recently started doing interior windows and prefer the clients to be out of the house or on a different floor, because I can’t work comfortably in my mask. Charles, 85, is one of my favorite clients. When I showed up to clean the outsides of his home, he asked if I was wearing my mask for him, or for myself. I should have said, “Both, because neither of us know for sure,” because that’s how I feel, but I was caught off-guard by his question, and said, “For you. Because you’re … at risk.” He bellowed about his vigorous health, but I pointed out his age, so he muttered and trudged to his car to get his own mask.

It could be a lot better, but it could also be a lot worse. That’s my take on the COVID-19 thing, so far. Hang in there, folks. We got this. We just need to be adaptable. Adaptability is one of the greatest quality in humans, in my opinion. So here’s to good health, and adaptability.

-By Carrie, The Window Ninja