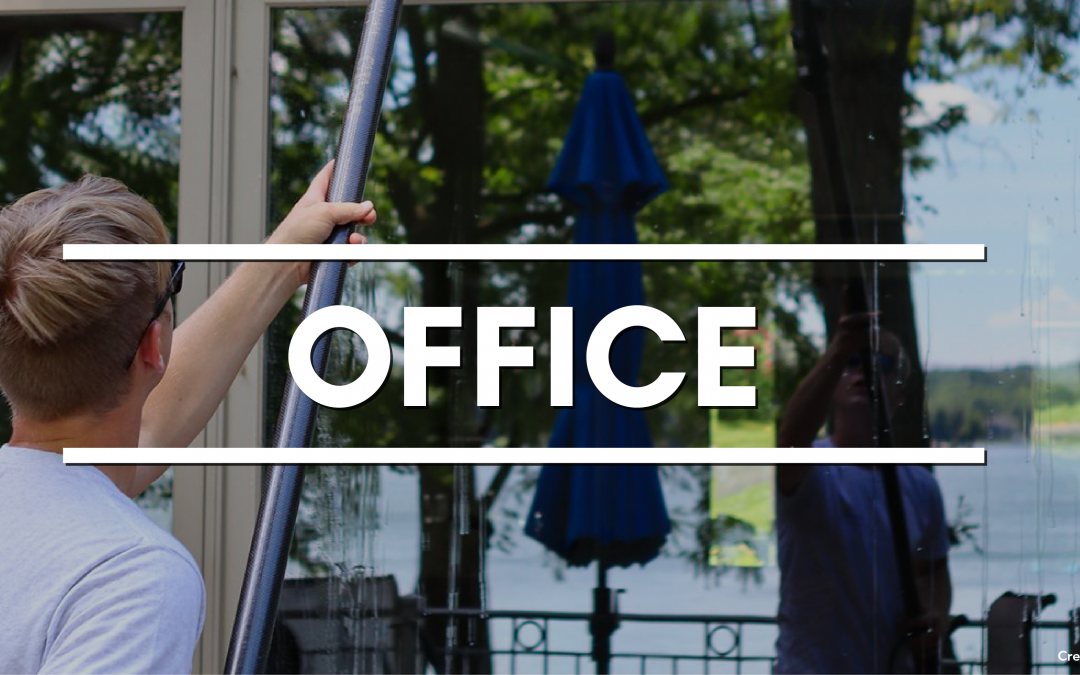 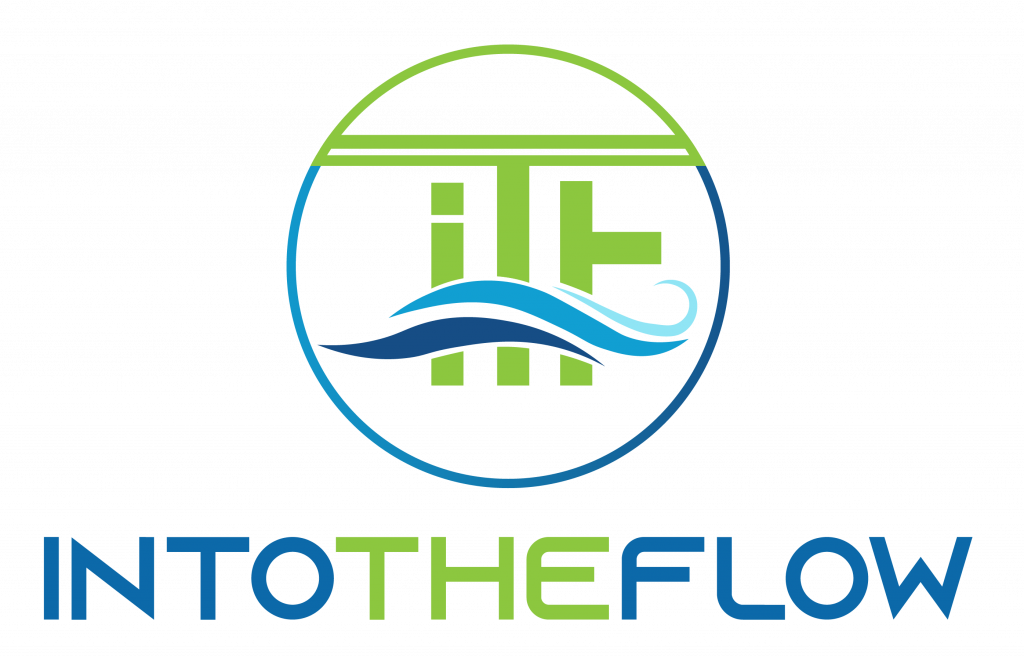 Hi Flowmies! We were having a bit of a rough morning. We got our truck stolen with ALL of our equipment in it. So, we are reaching out to see if anyone has any gear for sale that we can buy. We replaced our squeegees and belts as well as a second-story ladder today. But we lost two water-fed poles and a tucker system, along with a third-story ladder and our only vehicle. So, if anyone has anything you have been looking to get rid of, we would love to buy it.”

Within minutes, the comments started to come in:

“I can pitch in a couple of squeegees handles to send your way. Depending on everything you are looking for, I may have some other spare things I can pass along as well.”

“I have a shed full of extras I’d be happy to send out. I’ll sort through some of it tonight and see what I can put together.”

“I may have some equipment. This week was slow as we expected. I would gladly volunteer a couple of days of work and include all my equipment for those days at no cost. I’m only 1.5 hours away, and I can cover my hotel.”

By the time the last comment on the thread posted on December 4th at 9:55 am, Brooke, co-owner of Dream Clean Windows in Escondido, CA, had received pledges and donations from fellow business owners and vendors to replace what they lost, including the vehicle. Appreciatively, she posted the next day: 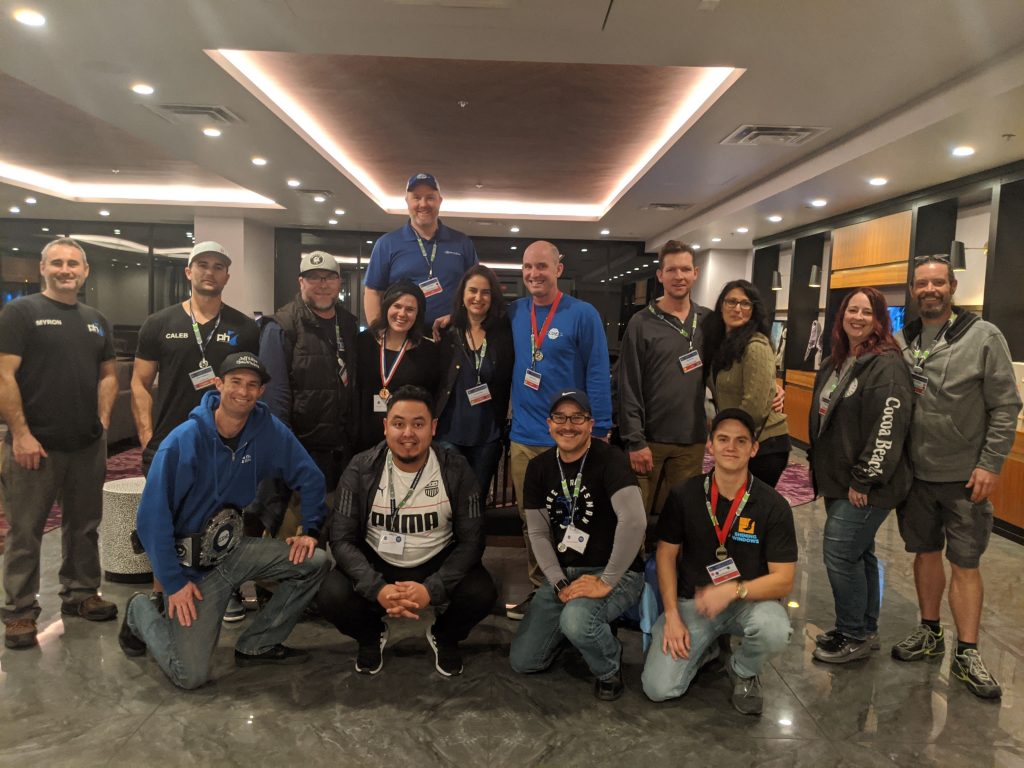 Wow, I’m lost for words on how to thank all of you for your generosity in this time of loss in my life. Thanks to you, I don’t have to choose between paying my rent and putting our business back in operation, and I couldn’t say thank you enough for what you have done for my family and me. The future is looking a lot brighter today than it was yesterday, and I can’t wait for the day when I can repay you all for your kindness.”

The thing that was particularly amazing about what had transpired was that everything just happened. There was little organization or direction from the moderators of the group. There was no official call to action or fundraiser that had been planned. The Flowers, the affectionate term adopted by active members of the group, just knew there was a need, and they filled it.

Before we continue, in the interest of transparency, I need to tell you that I am one of the group’s moderators and am very proud of what Into the Flow has become. It started as a kind of anti-industry group. Craig Hendzel, the founder, had become tired of the negativity that was often found in the popular window cleaning groups that existed. He had a vision in which people that felt the same way could band together and form a group that might be smaller yet more useful because members wouldn’t have to sift through the “trolls” and egos that often are the loudest voices in other groups. Although Craig eventually left ITF to give his energy to other pursuits, the spirit he started continues today. The group continues to sift out negative or inflammatory posts & comments, allowing members to help others without worrying about their comment being hijacked by someone looking to start arguments or bring attention upon themselves. 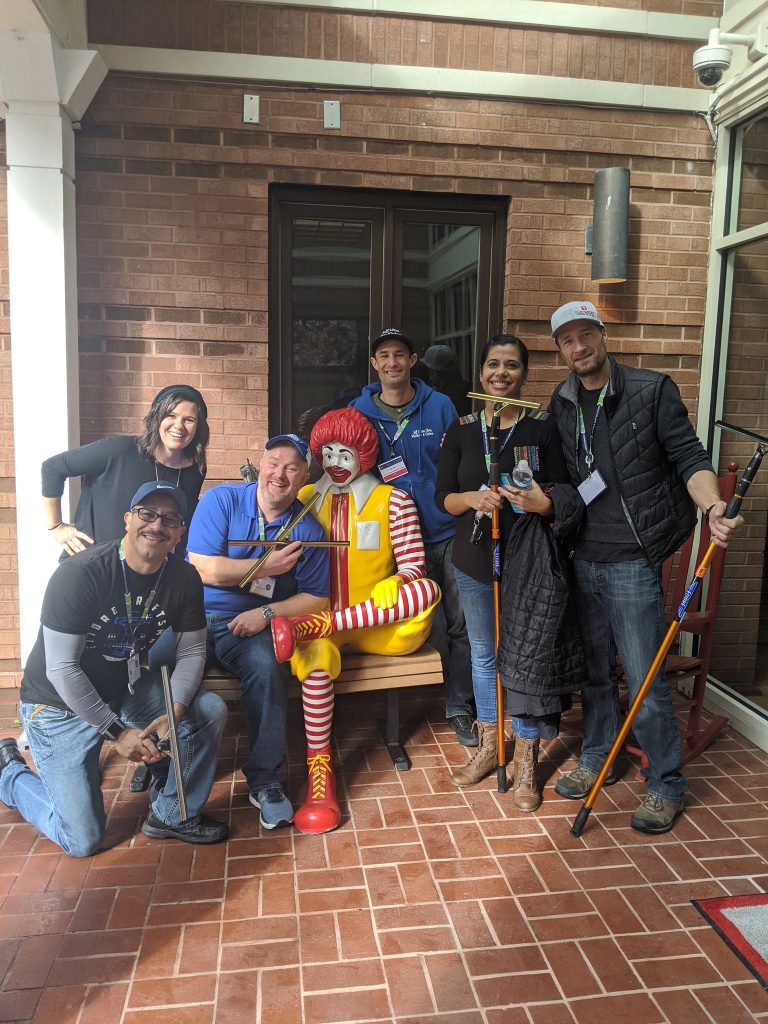 It should be noted that, as the use of a water-fed pole, ITF is not eagerly accepted by everyone. Some people enjoy the antagonism and arguments held in the other groups. Others strongly dislike when their comments or posts are denied due to the negative content they may contain. It is not uncommon for some to join, then leave the group after a brief time because they don’t feel like they can be themselves there. And Flowers is perfectly ok with that. The goals of the group do not preclude coexisting with other groups. Many members of ITF are also active in several other window cleaning groups. They don’t deny that other groups have value; they want a positive place to go to when they don’t feel dealing with negativity.

Although ITF was initially started as a positive place free from negativity, its goals have naturally branched out into other areas. Its mission includes being “dedicated to education, philanthropy, safety, & community.” Because of its focus on safety and education, ITF has formed a close relationship with the International Window Cleaning Association, encouraging membership and promoting events offered by the IWCA. About the unity of vision between the two organizations, current President Greg Reid has said on a recent ITF Flowcast (the official podcast of ITF), “You guys are so aligned with the IWCA, it’s almost like you ARE the IWCA. It’s pretty much like you are a leg of the IWCA.” As a result, both have teamed up on multiple promotions, such as holding an essay contest to help non-IWCA members win a free year membership and coordinating with Window Cleaning Resource to sell the ITF “Flow Pole” with some proceeds going to the IWCA.

That brings up another special aspect of ITF: It’s a lack of sponsorship by any specific brand or vendor that allows members to comment freely about their feelings on whatever products they would like to write about and commenters to offer truthful reviews without worrying about being censored. This quality is precious when it comes to another part of ITF’s mission statement, philanthropy. Several fundraisers have been held to offer support to injured or ill window cleaners who need assistance. Over a dozen different vendors have participated at one time or another to support the efforts. These fundraisers could not exist without their support, and being free from sponsorship enables ITF to bring these competing vendors all together to help a great cause.

Of course, the most meaningful part of the group is the feeling of community. Everyone has a different reason for being a Flowmie. 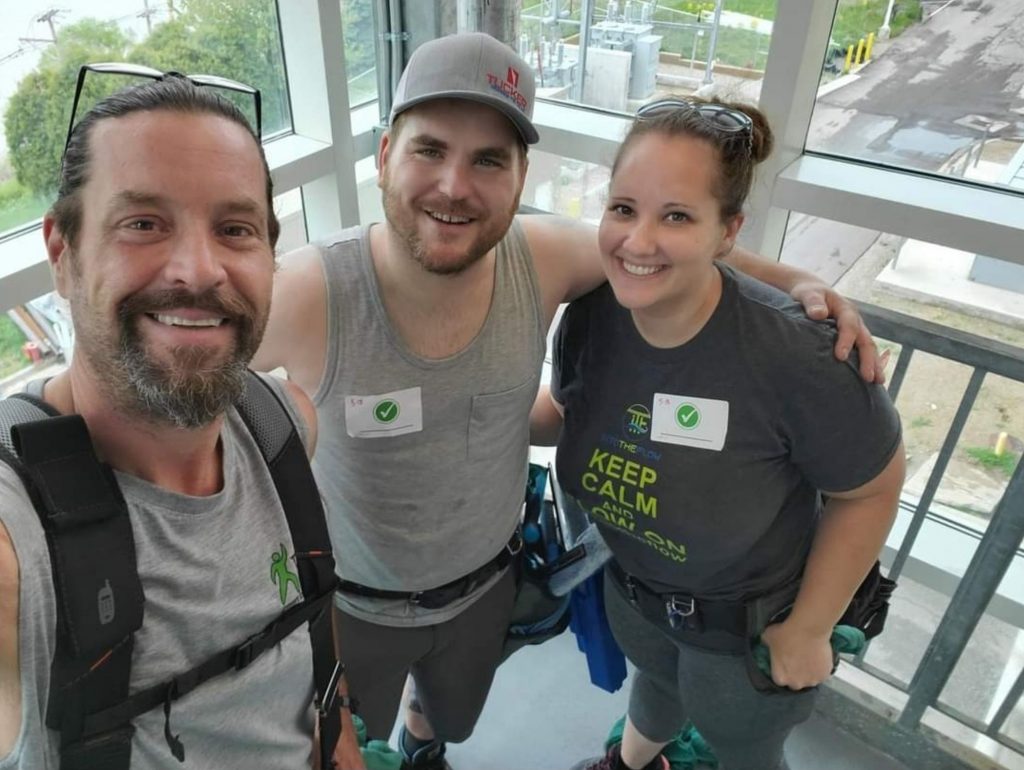 “The thing that I like most about here is the enthusiasm. Everybody in this group is happy to be here and happy to tell you why. Most of us are long-time pros, and we don’t have anyone to impress with our amazing skills. We’d rather help others develop their amazing skills.”

“I love that there is a desire to help those in need. I know some other groups will share GoFundMe pages for industry members but helping others —both in little and big ways — is a big part of why ITF was created in the first place. To me, that speaks volumes about what makes this group so amazing!”

“As someone who has only been operating her business for four and a half years, I can come to ITF and get the support that helps my business grow. I love that this is a safe place to ask questions, to get honest answers that aren’t degrading.”

Lastly, I could not write an article about ITF without talking about the Moderators of the group. There have been several since its inception, and all have worked together for the most part seamlessly.

The Mods do not have a leader; instead, it is a committee of leaders. 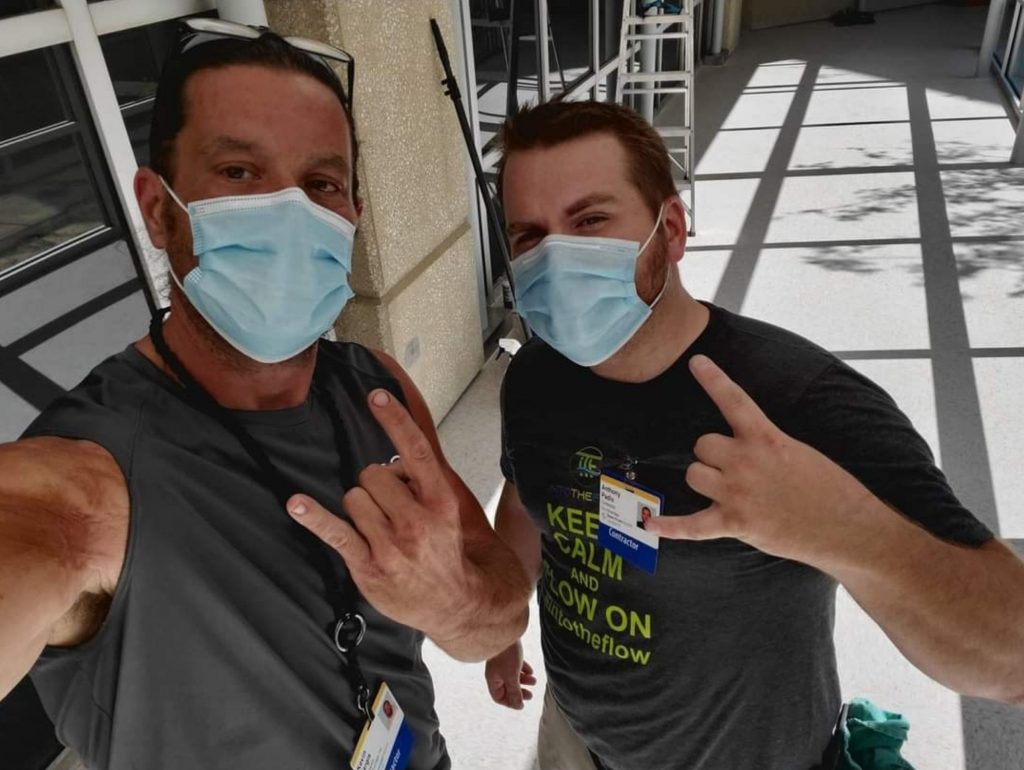 Since each one is a volunteer, they are all balancing the needs of their family and business while moderating the group. When a fundraiser or some other event is going on, this can be challenging. So, each Mod steps up to take the lead at different times as they are available. Every Mod believes in the value of ITF.

The camaraderie of the group moved Kory Klimas.

“Without question, the most amazing experience I’ve witnessed in the group is the kindness and generosity we’ve seen when we have a Flowmie in need. Brooke Benner’s situation sticks out the most. I was blown away by the response of our brothers and sisters in getting them up and running again in less than 24 hours.”

“People can disagree but in a way that does not denigrate people of opposing views. Also, accurate information and progressive techniques are valued.”

For Kevin Hargis, it is the approachability that exists in the group that makes it special.

“The openness and comfortability to ask questions, sometimes even of a personal nature, is amazing. The quote that ‘there is no such thing as a dumb question’ truly applies.”

And Phebe van der Meer is moved by the unofficial mentorship that often takes place.

“The moderators also help other cleaners personally. They often go out of their way to talk to new cleaners to help show them the ropes.”

Because of the focus on positivity and encouragement, ITF was once derided as the “unicorn and rainbow.” Group by some individuals who didn’t appreciate the censorship of negativity that sometimes takes place. In true Flowmie fashion, instead of being offended by the remark, they adopted the phrase and went with it, thus explaining the rainbow and unicorn pics that you will see in the group posts from time to time. Censorship is not an easy choice, and the Mods admit they don’t always get it right. However, when you see window cleaners of different beliefs, cultures, and political views coming together to accomplish some good in the World. They feel pretty confident that it’s less about what the Mods decide and more about tapping into the positive energy and good vibes emanating from the community of Flowmies. You know, getting Into the Flow.