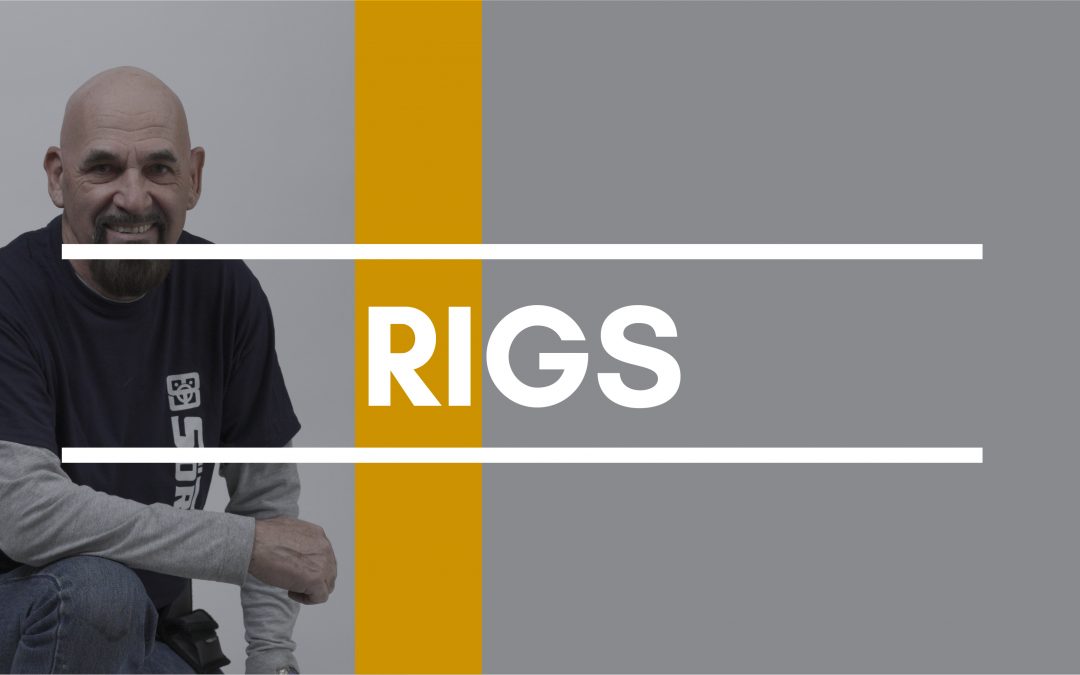 Sörbo developed numerous new products and with the Sörbo 3×4 Adjustable squeegee, you could move the rubber out a slot making it softer and more flexible so it did not skip water when you turned the squeegee against the frame. Now you could go all the way up against a deep commercial frame and close off the stroke without leaving water. This was the same design carried over to the first Twin Ledge Angle invented in 1993. This was the first tool made to clean deep frames with an extension pole. This revolutionary device would simply be put on your pole, then you would attach your washer to one end and an adjustable Sörbo squeegee of any size to the opposite end. The Twin Ledge Angle could only be achieved when used with the Sörbo adjustable squeegee with the rubber set in the second slot.

So much took flight in 1993. Word got around that Sörbo had invented the first ledger and Dallas Airport called requesting that Sörbo come see their windows and help with a dilemma. Their windows had the deepest ledges and they needed Sörbo to invent something that the window maintenance team could use on an extension pole to clean a 24’ high window that was leaning outwards 10 degrees with 6” deep frames. This made it quite difficult to reach into the top of the windows. Right away Sörbo knew that there was no device on the market for this type of window. But on his return trip to California, Sörbo whipped up an invention, the Sörbo Ledgomatic, the first semi-automatic device that could clean up to 12” deep windows. Again, this tool could only be used with the Sörbo 3×4 Adjustable Squeegee designed to contour to the unique window style challenges here and beyond. Over and over, Sörbo’s product designs would meet a need, then another and another, which would make the job possible and less labor-intensive.

Similar story here – many began buying more and more Sörbo 36” 3×4 Adjustable squeegees. Initially, we inserted the handle of the squeegee in the holster but now that there was a Sörbo 36” wide-body squeegee, we just inserted one end of the channel into the holster instead. In time, window cleaners found that the 36” squeegee rubbers were leaving streaks in the middle. Sörbo quickly figured out the mystery, that it was exactly the same spot on the squeegee rubber where the leather holster was rubbing against their squeegee rubber blade. The rubber had worn out when stored in the unyielding leather holsters. This was when Sörbo designed the first nylon holster which protected the 36”squeegee rubber and made it less awkward to wear.

Soon after, Sörbo thought up the most efficient 6“ scraper ever made with the most flexible razor scraper blade on the market. Using similar technology as in his adjustable squeegees, by exposing more blade you were now able to remove dirt and grime much more efficiently. This is because the razor blade was flexible enough to adapt to the uneven surface of a window while using very little pressure to remove debris from the glass. At the same time, there is less chance of scratching the glass, especially when using Sörbo’s Glide lubricant with this scraper makes it the safest scraper on the market. This scraper is also excellent when used on extension pole work or reaching over a ledge. We offer the scraper with a pivot Up-Down or pivot Left-Right motion.

With all this excitement in 1994, Sörbo started inventing a totally new concept for a fast release handle that could not only swivel sideways, but also pivot up and down. This enabled you to change the angle when you did extension pole work and more. Yet with the handful of products that year and rising costs to produce them, Sörbo’s wife cautioned him “stop the patent or we won’t have food on the table”. So Sörbo stopped the patent process even though the attorney’s documents were nearly complete and the handle print was already filed and published for all to see. There is still a prototype of this handle at the Sörbo plant today. [pic of print]. You can also see this design concept on the market today.

In 1995, we see Sörbo put forth the 40° cut ends developed on the Cobra 3×4 Adjustable channel making it the first wide-body squeegee with safety plastic end plugs. These end plugs made it possible to get closer into the corners and they also doubled as a built-in end clip in one end of the squeegee – the first clip-less squeegee. Another benefit of this new design was that if you cut the rubber shorter than the squeegee and let the End Plug slide against the window frame, the squeegee would not damage the most delicate of frames. Here’s a Sörbo trick for you to help eliminate detailing: pull in the rubber 1/8” inside the Cobra channel plug end(s), cut the rubber blade at a 45° angle – this works well for extension pole work.

More unique jobs were popping up requiring unique tools, even the smallest of jobs. Sörbo introduced the 21⁄2” and 5” Mirco-Squeegee, detailing squeegee, because the detailing towel always fell off when placed on the pole by itself. Since then, Sörbo Products has custom cut sizes suitable for any job. 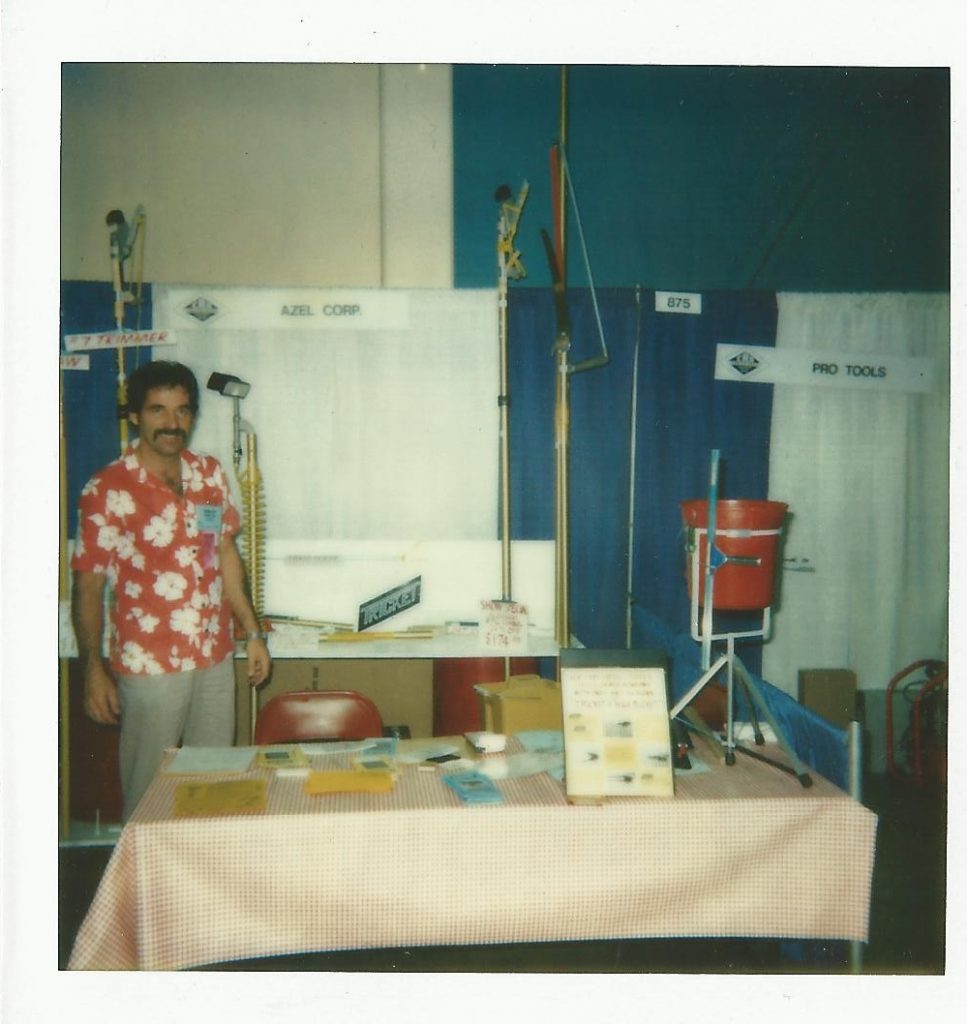 Through the years, Sörbo’s window cleaning company was called on to clean French Paned windows, 100’s of panels which were very time consuming. So when they were all 5-wide and 5-high, it became apparent to Sörbo that he needed a multi-squeegee! This technology was taken from his Eliminator, but on a much smaller scale. He attached 3 short squeegees which fit the exact size of the windows to a stabilizer bar and reduced the labor by 200%. What?! For the first time, you could remove the water from 3 panels in 1-stroke. To accompany this efficient work, he developed the first 6” T-bar washer aka ‘baby washer’. Now window cleaners could move-on from the drippy sponge and profit even more, ‘doing it smarter and in less time’.

At the same time Sörbo was busy inventing, his twin brother across the Atlantic in Sweden developed the LeifCart for round window cleaning buckets. Sörbo altered it to insert the bigger 18” bucket. It is now known as the LeifCart, the first bucket cart in the world for rock-and-rolling terrain outdoors and stop-and-go indoors without spills.

During this year, Sörbo brought forth a T-bar style and a real popular absorbent Yellow-JacketTM washer sleeve for the first time. Since there was a 36” Wide-Body squeegee, people needed a 36” washer for their jobs – oh and many were requesting them. Sörbo’s Yellow JacketTM is very unique as it holds a lot of water without dripping and has the best scrubbing power. Though many turned to manufacturing microfiber washers in the 90’s, Sörbo has stuck with what performed the best. He also improved the washer by attaching abrasive material in each end to prevent the washer from wearing out and to help scrub frames. Then later, he fastened a strip of scrubber along one lengthwise side of the washer. This made it possible for the Yellow JacketTM Scrubber washer to be flipped to scrub hardened debris off the window and flipped back to finish squeegee clean.

1998 – The Eliminator and Silicone Blade in Bulk

Sörbo added the Eliminator squeegee for Store Front window cleaning to his arsenal in 1998. Yes, this was another revolutionary invention but this one was something from StarTrek! No one could have dreamt of a squeegee bigger than the 24”, then 36”… but now to simulate a squeegee as tall or taller than man! Spectators concluded “Highly illogical” like Spock. See, 10 years earlier Sörbo invented the 4-slot adjustable 3×4 system in the squeegee permitting him limitless opportunities. The ‘Sky’s the Limit’ or onto Outer Space. He strategically adopted the key part from the Multi-Squeegee, the stabilizer bar, attached adjustable clamps to squeegees from 48” to 78” long, which evened the pressure across the complete length of the enormous squeegees. When the skeptics saw the Eliminator in action, it gained followers allowing anyone a totally new professional edge while spectators were Wowed. From store fronts to solar panel maintenance, the Eliminator reduced labor and time by up to 80%. It’s about “Live long and Prosper!”

For this lengthy squeegee, he then developed Sörbo Silicone Bulk Blade in 50’ lengths to cut to any custom size. It was designed to fit the Standard and Wide-Body Squeegees. The Sörbo Silicone is softer than natural rubber and is also self-lubricating , so it’s always silky smooth on glass. It does not change or lose memory in extremely cold climates

In conjunction with all the new state of the art inventions from Mr. Sörbo, new techniques developed to again reduce, reduce, reduce the labor, time and injuries. He made training videos demonstrating the wide-body squeegee and his labor saving Techniques: the Z-Method and the L-Method. These time-saving efficient methods for cleaning windows are for the beginner or window cleaner of any caliber looking to improve skills.

One training video highlights the Eliminator and many tips-n-tricks with a reversed strokes technique you can do only with the Sörbo 3×4 Wide-Body. There are also detailing tips introducing the use of steel wool to remove fingerprints around door handles. He also developed the nylon steel wool pouch to attach to a tool belt.

Sörbo was back to the drawing board. He designed the fabulous line of Sörbo 3×4 squeegee channels, but needed a smarter, fast release handle that was complimentary to the unique and sophisticated design he is known for. Sörbo invented a totally new, safe, fast release handle with a spring loaded lower jaw to prevent accidental opening and provide a 40° angle. This handle can be attached or removed at any point along the squeegee channel making it the quickest handle on the market. No longer requiring the handle to be slid on only from the end of the channel. Also with the swivel, overhead windows could now be cleaned horizontally, left to right. This handle now offered the worker a safety line attachment making it easy to secure to a boatswains chair, stage, belt or attach to the pole in particular jobs. When the handle is accompanied with the 3×4 Adjustable Wide-Body, it can also be attached off-center to extend your reach on straight strokes. Here’s another Sörbo trick to make this a 5°angle handle: attach the handle to a flipped Sörbo 3×4 Adjustable squeegee flipped securing into a backward position.

What Sörbo brought to the Window Cleaning Industry has and always will benefit many window cleaners for years to come. As they say “anything Sörbo touches turns to Gold!” … he knew that those willing, would likewise be profitable with Sörbo Window Cleaning Equipment. Sörbo – “Doing it Smarter and In Less Time” Who knows what is to come from SÖRBO in the 21st Century….?