Route is worth it.

Route window cleaning is a bad word in the window cleaning world. Some people don’t really like it, and for good reason. I mean after all you’re only making a buck-a-pane. That’s super low right?  It is. If you were cleaning a house, where you have six months or one year worth of dirt, that wouldn’t be worth it right? But think about it. You’re only cleaning off a week or two’s worth of dirt at a time. It’s frequency and reliable and frequency is king

Almost everything we do lacks frequency. All of our houses are done once or twice a year. Roofs are done maybe every 3 to 5 years. None of our services offer much for reoccurring. But then there’s route. Route window cleaning can be super lucrative. Our tech’s are making over $75 an hour.  That’s not bad when you consider the routes run every day of the year no matter the temperature, weather, stock market, none of it. People are on our schedule every one, two, or four weeks.

Rain or shine. It’s money you can count on. How to sell route, now that’s a different story. You can’t sell it like houses. You can’t advertise it like house washing. You have to do door knocks. And that’s why some people don’t like it. It’s going into a store, lots of them, all the time. That’s how you build a route. The longer and stronger the route is the more money you make. I want to have a route where every job I drive past is one of ours. That’s what makes the big bucks.

“You never want to ask a question”

First off you never want to ask a question in Sales that is asking for a yes or no answer. You want to have open ended questions. And that’s how are you sell route. Here’s how I go about it. 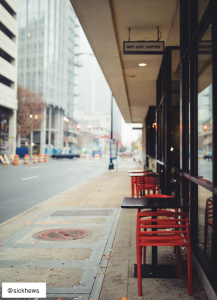 1st I will walk up to a store and take my half sheet of a carbon copy form and write down the address, the number of windows, the price, and I’ll sign it. Then I walk into the store. I ask for the owner or manager. Then I say “Hey my name is Jersey from XYZ Window Cleaning and we were just across the street doing, blah, blah store, and blah blah store and I figured I would stop by and give you a quick quote”. Then slide them the half sheet of paper with my estimate information, a business card, listen.

More times than not they say something like, we have a window cleaner. Or we’ve had the same window cleaning for years. That’s fine, they aren’t saying no, they are just giving you information. Basically they’re asking why should I choose you over the guys are using now. But the time isn’t right for you to push that fact. I always say something like yeah I love loyalty! I don’t wanna step on any toes but if anything happens with your existing window cleaner I would love to step in! They assume the conversation is done, and I say my goodbyes, and let them know I’ll touch base with them again later. That’s it. But, on the back of the paper I’ll take all the notes of the information they gave me. I’ll write down what they said, who their window cleaner is, any other information that might be pertinent. Now I’ll take that back to the office.

We have something what it’s called a tickler folder. Basically it’s a folder with every day of the week in a different slot. I’ll drop that slip into seven days from when I went there the first time. Route is all about follow up. Follow up follow up follow up. I’m telling you…82% of our route jobs are closed from the follow up. Not the initial cold calls. That’s huge. Think about that, 82%. The guys that are out there trying to make beer money that stop in to a location, ask if they want a bid, get shot down, and they leave and never talk to them again. They’re leaving it all on the table. The big thing is that, when you follow up you seem like a real company. I couldn’t tell you how many times somebody said oh! I didn’t even look at it, let me look at that now. They forget about us, and it’s our job to remind them.

You Will Lose Money

Now your first route job you ever get, you are going to lose money. That’s just a fact. The big thing is you won’t have a lot of route jobs. You’re more than likely going to have one job, on the other side of town, that pays you 15 bucks. You’ll have to take the time out to go and do that job. And you’re gonna lose money. But, the more jobs you sell the higher your hourly rate is. Every time you go to do that job you sell every job around there. Every storefront that’s there. Your job from there on out is to build a huge powerful route. You will not lose money if you have an entire city block of windows to clean, every, single, week. I can take a window cleaner in a truck and give him one solid week of weekly work and he’s full for a whole year. That’s as close to guaranteed money as we have.

If you don’t have route work, get some. I think it’s super valuable for every window cleaner to do residential, commercial, and route work. You have to sprinkle it all together. It fills your schedule. It fills your slow time. If you stick to just one type of service then you’ll never diversify. You’ve heard “don’t put all your eggs in one basket.” Get some route, make it strong. And you’ll have a route that continues to pay you for as long as you want.

Podcast found everywhere you listen to podcast’s and YouTube. 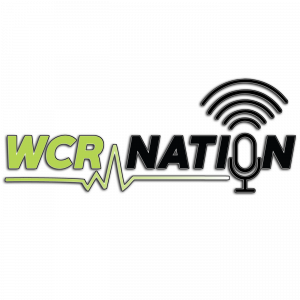