Stories of the Squeegee Slingers 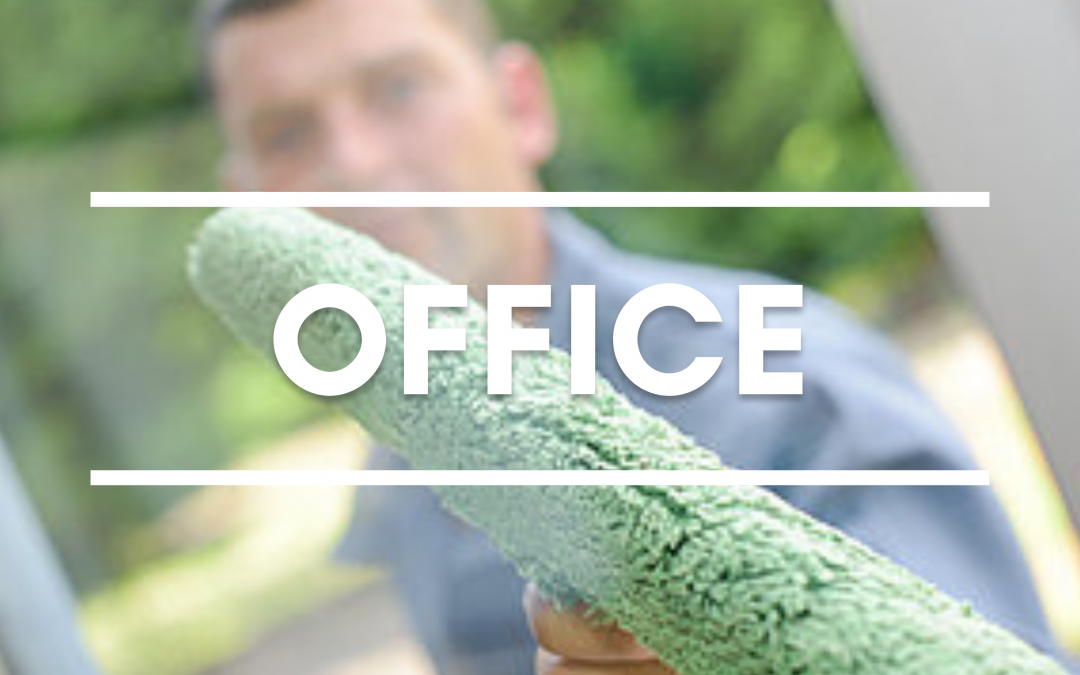 Stories of the Squeegee Slingers

Window cleaners put as many miles on their vehicles as they do on their bodies. But in our travels, we see many things that most people don’t. Some of it is interesting, and some can be downright crazy. I bet every squeegee slinger out there has at least one good story, and I love a good story. So much so that I asked some of you in the ‘Pro Window Cleaning’ group to share them with me. I wish I had room to write them all, but a big thanks to everyone who answered, and here are some stories that I bet you’re going to love as much as I do:

The Wakeup Call Is Free

Matthew Files shared an early morning incident: On an early start at 6 am, Matthew threw his water fed pole up for a second-story job. As soon as he starts work, he hears somebody yelling. He looked across the street to see if a fight was starting, then he noticed the window he was beginning to work on slam shut… I bet that person never sleeps with their window open any more. 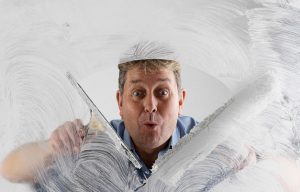 Rex Richardson told me about a post-construction clean that went about as bad as you can imagine. He was underbid on the job, and in a move that shocks absolutely none of us, the janitorial company in charge of the clean-up went with the lowest number. In another twist that also shocks absolutely none of us, the lowest bidder bailed on the job less than a week before the property’s opening. Rex sends a crew to the job site and discovers that the builder had panicked and hired a bunch of day laborers to “clean” the glass. As his crew got to work, they called Rex to tell him that the day laborers were following them, spraying what he described as some mechanics cleaner on the glass and using 1-inch razor blades. Rex rightly decided to pull his guys, and I can’t help wondering how many ulcers the people in charge of that project now have.

Some People Are Absolutely Nuts

I wasn’t involved in this story personally, but it happened at my old job. I won’t share the names, but it’s a story worth sharing and highlights why I believe any of us who wish to hire a crew should be ready to have that crew’s back. Our company had a crew doing a wash of a house and fence. Pretty standard stuff, but the client warned us about a possible issue with the neighbors. I’m pretty sure we all just assumed it would be snarky comments and typical Karen-like behavior. However, these neighbors were so furious with people working on the fence the husband sprayed our crew with a garden hose as the wife yelled insults to our client. After trying to diffuse the situation, the wife went as far as telling the client, “this is why your husband died, to get away from you.” The police were eventually involved. I don’t have more details than that, but employers, don’t be afraid to pull your crew from ridiculous situations.

Okay, why are there so many naked people?!?

I could probably fill a book with the amount of naked people window cleaners have witnessed, but as I’m trying to make this as safe for work as possible, I can’t really share many of them! But seriously, always knock on the doors before you start working, boys and girls! I don’t care if the client says they won’t be home! People call off, and unless you want to see a generic Larry The Cable Guy lookalike naked on the toilet, ring the doorbell before you start. It’s not important how I know this. Just trust me.