Get Up, Clean Up, Show Up 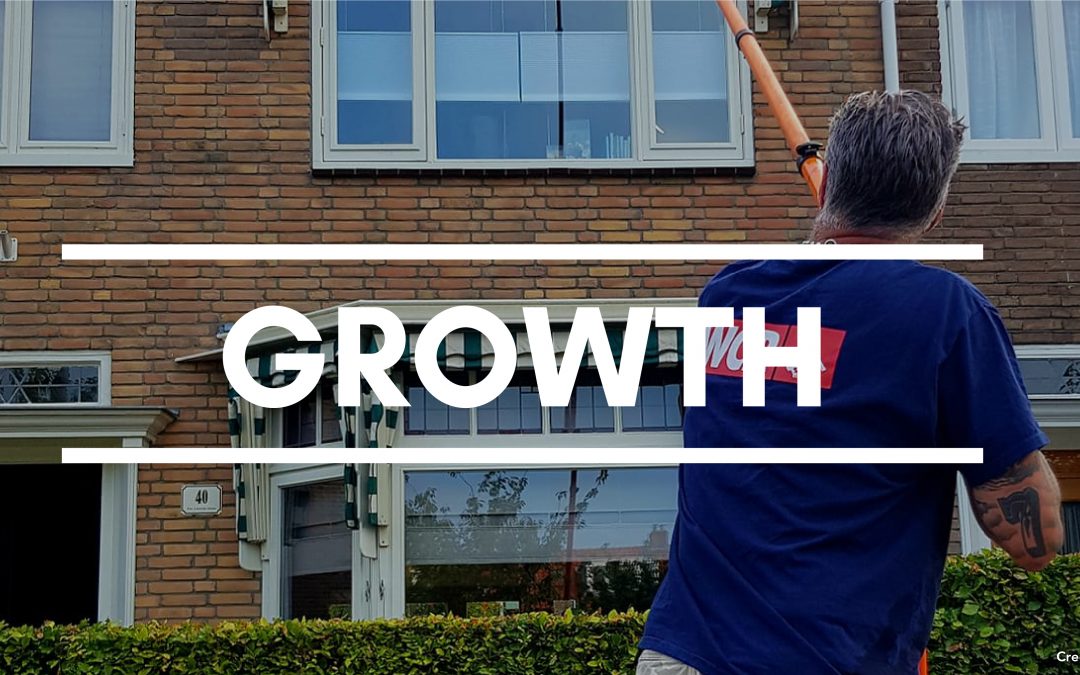 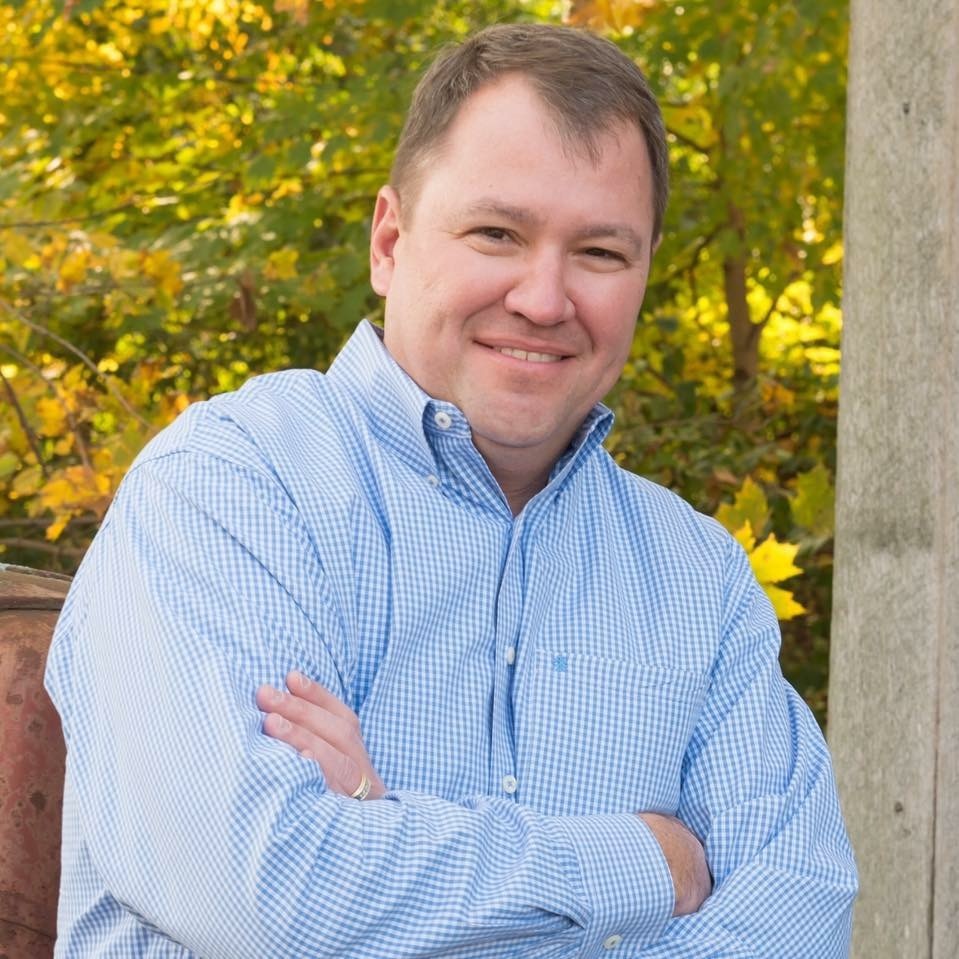 Michael Draper is the definition of a Renaissance Man. He was in training to be a police officer, worked as a maintenance technician, dabbled in real estate, was the General Manager of a hotel, salesman & then vice president of sales and marketing at a prominent equipment distributor, developed his own window cleaning franchise, became a safety trainer and consultant, and is the former owner of this very magazine. Just talking with him about everything he has done in his life can be dizzying because he often pursued two or three of these projects at the same time. Despite all the occupations he had been exposed to, the gig that may have been the most influential to the feeding of his entrepreneurial spirit was the 8 years he spent as a Ferrier, or horseshoer.

In the mid-nineties, Mike went to a school in Oklahoma that taught him how to shoe horses. He really enjoyed the craft and he quickly saw the potential in this skill making money for him. But how would he find the customers that he needed to make this new enterprise work? On the last day of the class, the owner of the school announced to the students, “Hey, I’m gonna teach a business class on Saturday morning. I know all you guys are done on Friday night, but if you want a little “Business 101”, get your stuff packed up the night before and meet me here at 9:30am.” Well, Mike was excited. This is exactly what he needed to know. That morning he showed up ready to take notes and was eager to learn how to take this new skill to the next level. The owner arrives as promised, goes to the front of the room, and addresses the people who showed up.

“Ok, you guys all have a pen and paper? Good. Ready? Here it is: You need to get up, you need to clean up, and you need to show up. Class dismissed.”

Mike was dumbfounded. “I was really mad at the time. I mean, I made an effort to get to that class. I was ready to learn some business wisdom and that’s what we got? It didn’t hit me at the time how much that would apply to window cleaning and the sales effort, that grassroots effort, needed to get my business off the ground.” How did those words affect Mike’s future path as a business owner and what can they teach you?

During his time as hotel manager, Mike was doing well financially, but he hated his job. He met a guy at a local BNI meeting who was an entrepreneur. Mike started to pick his brain. “You know, I’ve always had this entrepreneurial spirit, but I’m just scared. Right now, I’m in upper management at a hotel and I’m pulling down a pretty good salary.” He was in an area with a huge demand for his managerial skills and it was hard to envision leaving the safety of that environment for the uncertainty of entrepreneurship. “Do you know the difference between successful entrepreneurs and your mindset right now?”, the man asked. The question caught Mike off guard. “No.” He said, “The difference is that they have all failed. Many of them have bankrupted themselves at one time or another. But they’ve never viewed themselves as a failure, only what they did as a failure.” It was at this point that Mike knew that if he was ever going to be an entrepreneur, he was going to have to learn what it meant to “get up”.

Every person who has ever started their own business knows how hard it is to take that first step. Some walk right up to it… and then back away and retreat to the comfort of the familiar. Sticking your neck out there, putting yourself in a vulnerable position, and then dealing with whatever may come is the life of an entrepreneur. You can’t be afraid of failure, and you can’t let your ego get in the way. You just need to get up and go.

Working with horses, you become very familiar with dirt. So familiar that you end up wearing more dirt than walking on it. But with horseshoeing, you might see 7 or 8 different clients in one day. For Mike, that meant there was 7 or 8 opportunities a day to make a 1st impression with clients. “It was very important to show up clean. When you go to the next job, that was going to be the first time that customer sees you. You learn to bring enough shirts with you, so you have a fresh one for each client.”

Many window cleaners underestimate the importance of presentation. How your clothes look, how your truck looks, how your business card & web site look all tell a story about you. “I always went into a client’s office looking professional. I didn’t want to look like a cleaner, I wanted to look like someone who was building a company.” Take the time to look at yourself objectively. Imagine what your potential clients see when you arrive. Is your branding on point and consistent? Does your appearance instill confidence in others that you are an experienced and dependable professional? If not, it might be time to start cleaning up.

Being an entrepreneur means being out there every day when others aren’t so inclined. “I’d walk into a place all the time to bid a job and they would say, ‘Yeah, we got a guy, but we haven’t seen him in 3 weeks. So, yeah, you can do them.”  Mike never took those opportunities for granted. He capitalized on every inch that was given him and stretched it out to a foot. Being in position to make a move when it’s the right time, that’s the name of the game.

“I remember the first big chain I got was Panera Breads. When I sat down with the owner, I only had maybe 15 accounts at the time.” He was offered their business, but it required him to clean multiple Panera’s in the region, which included a 45-minute drive to another town for just one small job. “The owner asked me if my company could handle these stores. I said, ‘Absolutely we can handle it.” Well, there was no ‘we’, there was ‘me’.” Not only did he have a long distance to travel, he also had to get there at 5am. “People would look at me like, ‘You’re an idiot. Why would you drive 45 minutes for just one job?’ and I was like, ‘No, no, no, you don’t understand. It isn’t going to be just one job when I get done with it. Because when I go down there, I’m going to sell the rest of the day. I’m going to build a route through the rest of these towns. And that’s what I did.”

Some people get the impression from social media and group chats that window cleaning is an “easy money” business. Nothing could be further from the truth. If you are struggling to get and keep customers, it might be time to re-analyze your strategy and commitment. There may be several options available to you that might not be apparent to the average business owner. Remember, good things come to those who show up.

“I’m definitely a more patient person now.,” Mike admits. “If I were to give my younger self any advice, I’d say don’t be so quick to do things. Be a little more calculated in the way you make decisions.” Looking over all the amazing things Mike has been a part of, I’d say he learned that lesson.

“Get up, clean up, show up” is as good a philosophy as you are going to find in our industry, and Mike has worked it to perfection.